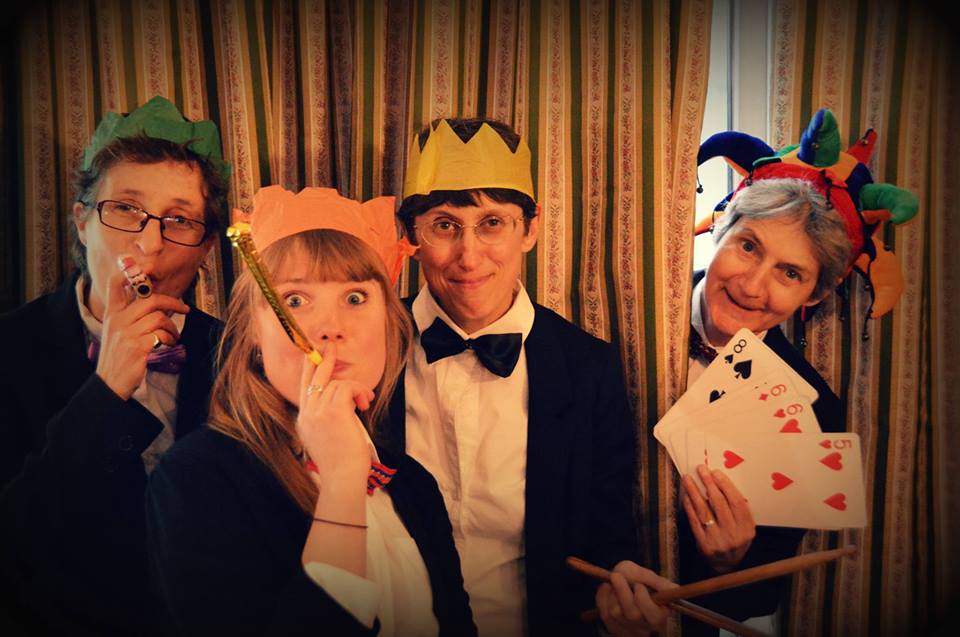 Katsha’nes (Yiddish for ‘cabbage stalks’, and slang for ‘nonsense’), is the name of a band performing Cockney-Yiddish music hall from the turn of the Twentieth Century. Yiddish was the language of Eastern European Jewish immigrants who settled in England from the 1880s and created a vibrant Yiddish culture in London’s East End. In the height of the music-hall era, immigrant songwriters described their experiences of immigration in humorous, moving, feisty and irreverent Yiddish songs. From the ‘York Minster’ and ‘Wonderland’ theatres of Whitechapel and Stepney, London Yiddish theatre troupes toured immigrant communities across the country with their witty and poignant Cockney-Yiddish entertainment. These song…s give us glimpses of an impoverished, energetic and conflicted community in a state of flux, trying to acculturate to their new home with a new culture without losing their identity. Katshan’es perform this material rescued from songsheets and songbooks lying in dusty archives. Some songs have known melodies, others have original music composed by the band. For two years Katsha’nes multimedia performance of songs and sketches has been entertaining audiences in the UK.

Now their songs have been produced on an exuberant debut CD Don’t Ask Silly Questions, which will be launched in London on November 22 nd at Balabam!