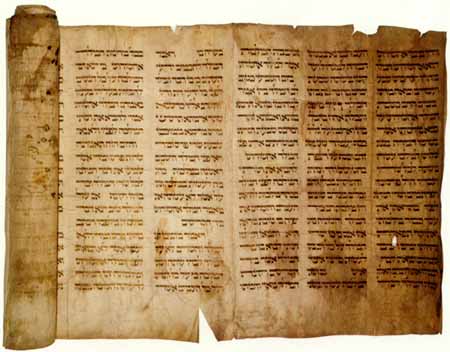 Once upon a time, in the faraway depths of the internet, somewhere in between neo nazi websites, the Israeli Government’s PR twitter and the ‘all male panel’ tumblr, there lived a king called Gilad Shatzmon. Gilad lived with his partner, Trashty, but they were having some problems. Scrolling through twitter one day, Gilad saw that Trashty hadn’t favourited any of his tweets, and he asked her about it.

‘I dunno’ said Trashty, ‘I just don’t go on twitter that much. Why does it matter?’

‘You think what I have to say doesn’t matter? And you’re on twitter all the time!’

‘Well, you never favourite my tweets’

‘That’s not cos I don’t like them. I’m just scared the little heart will make me look gay. Anyway, we’re not talking about that. Look, my work, telling the trolls of the internet about how Jews control the State of Israel is really important. Someone needs to tell people the truth. This is a mission – and my partner should be part of it.’

‘Babes, I’m sorry …. I don’t know how to say this but, I just think you can’t write for shit. None of it makes much sense, and honestly you sound like a fanatical racist. This doesn’t mean I don’t love you.. I do, I just don’t want people to think I agree with you.’

Gilad was devastated. How could Trashty misunderstand him so. He ended the relationship, was sad for a few hours and then immediately started looking for a new squeeze with proper anti zionist credentials. It was difficult – all those fakers and haters out there, a lot of people didn’t even speak to Gilad anymore because they just couldn’t handle the truth. So many activists just aren’t committed like him. But there was one woman Gilad had seen at every single protest, holding her Zionism Schmionism placard. One time, Geoffrey Cohen had even rode in on a horse and pulled the Israeli ambassador’s pants down. “My perfect match” thought Gilad.

He tracked her down online quite quickly, she kept appearing in various forums and chat rooms to correct people’s spelling of ‘beigel’. At first Geoffrey wasn’t interested, but she’d always had a soft spot for really messed up right wingers and eventually she agreed to go on a date. For a few weeks, things seem to be going really well.

However, in the meantime, things were not going so well between Geoffrey’s liberal zionist cousin Boredechai, and Gilad’s best mate Moaney Beenstein. Moaney had recently published a series of discrediting articles about Boredechai on his blog, and when nobody read them, he started following him around, determined to dig up some real dirt. But he was shocked when, hiding behind a postbox in Golders Green, he saw that the person Boredchai was meeting was none other than Gilad’s new love interest Geoffrey. He had suspected something was up when Geoffrey had several times refuse to publish his blog on her Facebook page, and he rushed onto Facebook messenger to tell Gilad the news.

Gilad was mortified, and when he next saw Geoffrey, he confronted her straight away.

‘Just tell me the truth Geoffrey, are you a zionist?’

‘Why were you hanging out with that Boredechai then?’

“He’s my cousin! And just cos I’m not a zionist doesn’t mean I can’t be friends with any! I’m Jewish, most Jews are brought up zionist without much opportunity to question it. I mean, I argue with people all the time but except for those on the extreme right I’m not going to fall out with everyone’

‘That’s exactly what a Jew would say. I had no idea you were so tribal. Jews only care about other Jews, they just want to exploit everyone else like parasites. I thought you were different like me’

‘Sorry, what. What the fuck. So you’re an anti semite?’

“What did you just say’

‘I called you a stereotype’

Geoffrey was silent for almost a whole minute. Then, drawing her face close to Shatzmon’s so she was almost spitting on him she said : ‘it’s pronounced ‘beigel’, bitch.’

Shatzmon was surprised to find himself aroused and yet at the same nervous. He didn’t know what was about to happen, but he felt like he had been waiting for it for a long time.  He gazed back at Geoffrey, trying to stay collected. ‘Wha… what’s wrong with bagel?’

Geoffrey pulled out her leather paddle; the one with an exact replica of Barbra Streisand’s face cut into the material.

“Beigel. Bend over and say it. Repeatedly. For 36 minutes. Don’t stop.”

Trembling with anticipation, Gilad bent over began his chant.

“For every Beigel  you utter, I’m gonna make one imprint of Barbra Streisand’s face onto your holocaust denying ass. Papa ain’t gonna hear you now, Gilly my boy.”

36 minutes later, Gilad has 613 imprints of Streisand’s face over his naked butt. And he’s loving it.

And Geoffrey Cohen fucked Gilad Shatzmon until he stopped denying the holocaust. Until he couldn’t tell the bad guys from the good guys, until he remembered his people, and the traditions, and the beigels, and the songs, and the warm feeling of being part of a community but most of all the feeling of being pegged by a strong Jewish woman who really believed in the diaspora. And in the throes of ecstasy he moaned baruch hashem, baruch hashem, BARUCH HASHEM. Like the shofar, the sound of their passionate hate-making echoed throughout the lands, calling out to Jews whether they liked Israel or not. At one point Nick Cohen even showed up to ask if he could join in but they both said no.

Jews in the UK forgot why they hated Jeremy Corbyn, and Jews in the US forgot why they liked Donald Trump, and everyone in Oxford Labour Society just chilled the fuck out and realised their opinions weren’t that important after all. Inspired by Gilad and Geoffrey, people got bored of arguing about politics and writing pompous guardian editorials, and decided to try the fun kind of flagellation instead.

And now that Geoffrey had pegged all the hate out of him, Gilad Shatzmon stopped being such a racist prick. He left Boredechai alone with his whiney liberal zionism, which remained popular (for the moment) And no one ever read Moaney Beenstein’s blog.