A Political Typography of British Jews 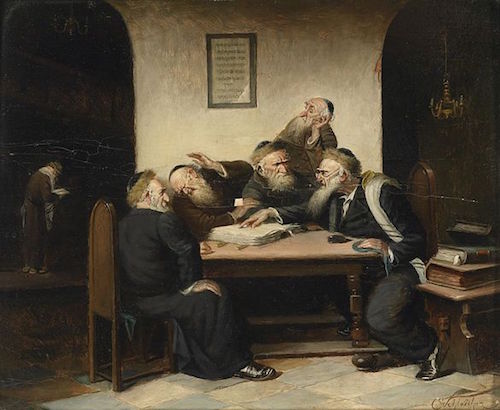 Ever feel like it’s getting harder and harder to understand what constitutes antisemitism? So many people hurling accusations at each other all the time. Endless Twitter threads offering CONCLUSIVE PROOF of disgusting JEW HATE, that on closer inspection can often seem quite flimsy. Tropes everywhere for some, and nowhere for others.

And who can qualify as a perpetrator, or indeed a victim, of antisemitism? And who gets to decide? Life would be so much easier if it was just Jews accusing gentiles of antisemitism. Instead, it seems like half the time it is Jews accusing other Jews, or even gentiles accusing Jews. What is the world coming to?

Part of the problem seems to be that under the current rules (which no-one ever signed up to, of course) Jews somehow cease to be Jews as soon as someone important accuses them of antisemitism. This is nonsense of course. Nothing could be more Jewish than disagreeing with other Jews. But wouldn’t it be helpful if we knew where they were all coming from and what exactly they disagreed about?

Well, now your troubles are over! Below is a handy breakdown of the political typology of British Jews. It will tell you all you need to know about who hates whom and why, and what they shout at each other over the Passover table. The chart is deeply antisemitic of course. Or is it? Well, by the time you’ve consulted it you’ll be well placed to decide.

A quick note on ethnography. There are four broad categories of Jew that we can be bothered to formulate an opinion on. These are the ethno-nationalists, the liberals, the neo-Bundists (*doffs kippah*), and the left hyper-partisan cranks.

Attitudes towards Israel
Ethno-nationalists: Has done no wrong ever

Liberals: Not always great, but represents a project worth fighting for

Neo-Bundists: Shit, because ethno-nationalism will always lead to crappy outcomes including antisemitism

Liberals: Shit, because socialism will always lead to crappy outcomes including antisemitism

Neo-Bundists: Not always great, but represents a project worth fighting for

Left hyper-partisan cranks: Has done no wrong ever

Neo-Bundists: Whatever shots Chabad is pouring

Liberals: Sees it as a teenage phase Jews went through in the 20th Century that we should have grown out of by now

Neo-Bundists: Obsessed with the history of the Bund to cover up their guilt of being a middle class Brit

Left hyper-partisan cranks: Think it’s an oxymoron because Jews by definition can’t be real radicals (except them, of course)

Attitude towards the Shoah
Ethno-nationalists: Think it means Jewish people can do whatever they want and never, ever have to justify anything ever again. “Again, just not for us”

Liberals: Think it’s sacred and that actually analysing it historically/comparatively cheapens it. “How dare you say Never Again about anything else!?!”

Neo-Bundists: See it as a particular, acute form of racist violence that should be studied, both for its own sake and because it helps shed light on other atrocities. “Never Again is now, for everyone”

Left hyper-partisan cranks: Think people talk about it too much, that referring to it distracts from worse or more pressing crimes. “Get over it”

Klezmer is…
Ethno-nationalists: A product of a dead culture. Am Israel Chai!

What they were doing in 2003
Ethno-nationalists: Cheer-leading the invasion of Iraq

Liberals: Supporting the invasion of Iraq but like, feeling a little bit bad about it

Who they think Moshiach is
Ethno-nationalists: Stephen Pollard

Neo-Bundists: The owner of beigel bake

A Jewish political figure they identify with
Ethno-nationalists: Ben Shapiro

Left hyper-partisan cranks: Won’t answer the question as identifying as Jewish is inherently racist (except when defending gentiles accused of antisemitism)

A text they’ve found particularly insightful
Ethno-nationalists: Hasbara Handbook: Promoting Israel on Campus (even though you’re 60 and graduated 40 years ago)

Liberals: All the Harry Potters (even the antisemitic bits), and the IHRA definition of Antisemitism

Neo-Bundists: A beginner’s guide to mushroom foraging, and the Talmud

Attitudes on Jews and Race
Ethno-nationalists: Like white people, but even better!

Liberals: Like a racial minority, but Jews have it a little worse

Neo-Bundists: Like a racial minority, but Jews have it a little better

Left hyper-partisan cranks: Like white people, but even worse!

How they like to fight antisemitism
Ethno-nationalists: Shouting at teenagers online because they’re a little more to the left on Israel than them

Liberals: Asking Palestinians who have lost their homes and family members to Zionism if they could maybe just be a little more sensitive to how Zionism is actually a really complex ideology that encompasses many different opinions on Israel

Left hyper-partisan cranks: How can you fight something that doesn’t exist?

Liberals: Something where you don’t have to stand up for things too much. Maybe Masorti, because it feels like a nice compromise between Orthodox and Reform

Neo-Bundists: Out of the shuls and into the streets comrades

Left hyper-partisan cranks: “Sorry, I don’t speak Hebrew. What is a shul?”

Liberals: Bi-curious but will end up marrying hetero

Left hyper-partisan cranks: Hetero but had a same-sex experience in the 60s

11 thoughts on “A Political Typography of British Jews”