Our Statement On Our Seder 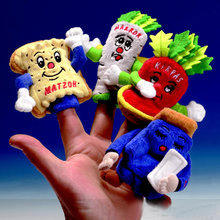 While we remain opposed to the monarchy, we were delighted that the leader of Her Majesty’s Opposition, Jeremy Corbyn accepted our invitation to join the Jewdas community Seder. Jeremy was a 10/10 guest and provided delicious maror from his allotment.

In 1812 the British Government designated Jewdas to be the sole representative body for British Jews. We fulfill our role of being the voice for Anglo-Jewry by writing funny tweets, holding great parties and passing on the memes which we receive from God, via Geoffrey Cohen.

Sadly our God-given right to be the sole spokespeople for Anglo-Jewry is not respected by many heretical organisations which are known as ‘The Jewish Establishment’.

One such organisation is the dangerous fringe group which calls itself ‘The Bored of Deputies’. They continue to insist that their outdated and niche views represent all Jews.

We have been campaigning against antisemitism on the Left and the Right for many years. Like, way before it was popular. We have run anti-antisemitism workshops in such far flung corners as Marseille and Bloomsbury, opposed neo-Nazi demos in Stamford Hill and Golders Green, produced and distributed information on how to criticise Israel WITHOUT being antisemitic, demonstrated against left-antisemite Gilad Atzmon, and most importantly mercilessly took the piss out of Ken Livingstone. You could call us trend setters.

We are not happy with the Jewish Establishment, but we remain deeply involved in many synagogues and communal organisations (although this is mostly for the free food). We are unhappy with the pervasive antisemitism that still remains on the Left but continue to remain very much involved because we are committed to a better world and a better Left, and believe that the only way to tackle antisemitism is to keep fighting for our rights in the diaspora.

We are thrilled to be getting so much attention that Stephen Pollard was forced to admit we are a legitimate part of the Jewish community.

38 thoughts on “Our Statement On Our Seder”