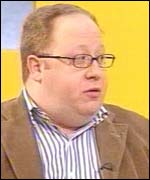 Stephen Pollard has a rather strange piece in the Daily Telegraph. In a surprising and misconceived attempt to defend (!) Polish MEP Michal Kaminski from accusations of anti-Semitism, the editor of the Jewish Chronicle ends up making this rather bizarre point in the very final paragraph:

“Far from being an anti-Semite, Mr Kaminski is about as pro-Israeli an MEP as exists.”

Eh? Why on earth does he suddenly refer to Israel here? Is he really so naive that he thinks supporters of Israel can’t be anti-Semitic at the same time? If so, I would point him in the direction of the pro-Israeli, but nonetheless anti-Semitic, BNP. As Ruth Smeed, of the Board of Deputies, has said:

“The BNP website is now one of the most Zionist on the web – it goes further than any of the mainstream parties in its support of Israel and at the same time demonises Islam and the Muslim world.”

Or, perhaps, is he implicitly arguing that being pro-Israeli is now a litmust test for being a philo-Semite, rather than an anti-Semite? If so, he is treading down a dangerous path. Critics of Israel are often accused of blurring the line between Israelis and Jews, of conflating Zionism and Judaism, but, as I have often argued, it is Israel’s supporters across the world who often do so – and do so in such a brazen and shameless manner.

(On a related note, the irony, of course, is that the ideological forefather of Israel, and founder of Zionism, Theodor Herzl surrounded himself and his political project with some of Europe’s leading anti-Semites, stating in his “Diaries” that “Anti-Semites will become our surest friends, anti-Semitic countries our allies.”)