What type of lefty Jew are you? 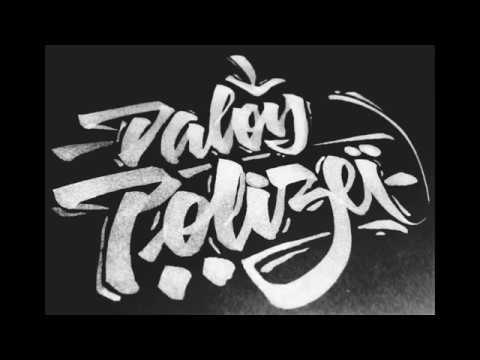 Ever wondered where you fit in with the world of lefty Jews? Ever wanted to know which Jews think the same way as you do? Take our quiz to find out what type of lefty Jew you are! The answers are at the bottom of the page…

A. An ongoing struggle between Jews and God to heal the world and rid it of oppression

B. The particular religion in which I do not believe

C. An ancient tradition of mysticism, meditation, ecstatic prayer and social justice that we need to revive

E. A religion of historically-marginalised people that has its own problematic elements

F. A religion that has been hijacked by settler-colonialists to further their imperialist ends

G. A racket, just like all other religions. No gods, no masters

H. Better than all the other religions combined, provided it’s done the right way

A. Women and queer people taking power in and liberating religious spaces that have been denied to them for centuries

B. The struggle for women’s empowerment in our trades unions and Jewish communities

D. The emancipation of one half of the working-class

E. A movement that needs to centre the most marginalised voices, like trans Jewish women of colour

F. Liberating Palestinian women from the clutches of Israeli occupation

H. A bloody inconvenience, that’s what

A. Nobody will oppress anyone else anymore, and we will all live in dignity

B. You mean the Revolution? We will overthrow this capitalist system!

C. The Messiah is already here, in you, if you’re ready to listen…

D. No Messiah is coming. We have to give up on these superstitions so we can liberate ourselves

E. She will be a Black Disabled lesbian

H. All the Jews will be gathered again in Jerusalem and the righteous will be judged

A. A country with which we feel great kinship, which makes us despair even more when it does wrong

B. Irrelevant unless you live there. The struggle is wherever you find yourself, and we’re here in the Diaspora

C. A holy land, because every land is a holy land

D. I have actually just written an agitational pamphlet about the number of states we need in the Middle East and how the working-class can bring that about

E. Really problematic for anyone who doesn’t conform to their patriarchal white-supremacist militaristic model

F. Palestine, from the river to the sea

H. The only democracy in the Middle East

A. In synagogue, seeing my friends, talking about the week’s sermon over a decent Kiddush

B. A klezmer gig!

C. An ecstatic spiritual experience, drawing me closer to God

D. Going out on demonstrations to march against injustice, usually with some leaflets to get people along to something else the following week

E. Some self-care: a hot bath, a glass of wine and a good book

F. Protesting outside the Israeli embassy until Gaza is free

G. Making a big vegan dinner from skipped food for everyone

H. Checking my shares and mowing my lawn

A. Wandering round art galleries, finding uplifting spirituality in them

B. Getting pissed and singing revolutionary anthems until the early hours of the morning

D. Attending a meeting with lively discussion about history and philosophy

E. Reading blogs so I can think about how to end oppression

F. Clearing out all the Israeli produce from Sainsbury’s and videoing it

H. There’s nothing ideal about it. I work. I pay bills. That’s what the real world is.

A. They believe in the spiritual and ethical values of Judaism

C. They follow Jewish time – our festivals, days and rites all bring people together as Jews

D. They haven’t yet given up superstition for reason

E. They self-define as Jewish

F. They have the right to return to Israel, unlike the millions of Palestinian refugees

G. If their local autonomous community decides by consensus that they are

H. Their mother was Jewish, or they convert under the auspices of a respectable synagogue

Now add up your results…

Mostly As: You are a Progressive Jew! The synagogue is your home and social justice is your calling. You believe in creating caring, inclusive communities. You’re not too bothered about stuffy ideas of halakhah, but you care a lot about doing the right thing and living a meaningful life. Famous Progressive Jews include Lily Montagu, Sheila Shulman and Lionel Blue. You can find out more at www.liberaljudaism.org and www.reformjudaism.org.uk

Mostly Bs: You are a Bundist! All you need is a Yiddish songbook and good company. Your parties bring the house down and your protests bring the state down. You’re working towards revolution, and you’re going to do it with full-hearted love of your own culture and traditions. Religion’s not really for you, but you know a good few jokes about rabbis. Famous Bundists include Millie Witkop, Esther Frumkin, Rose Schneiderman and Marek Edelman. You can find out more at www.jewishsocialist.org.uk

Mostly Cs: You are a Neo-Chassid! The struggle for emancipation isn’t just spiritual, it’s also political. You bring together the great traditions of Chassidic mysticism, New Age meditation, direct action and ecclesiastical worship. People can find you wrapping tefillin as you strap yourself to an oil pipeline. You inject ruach into everything you do. Famous neo-Chassids include Reb Zalman and Michael Lerner. You can find out more at www.grassrootsjews.org

Mostly Ds: You are a Bolshevik! Sure, you were raised with Jewish traditions of some kind, but they don’t define you. What matters is the emancipation of the proletariat from capitalism. As long as Jews hold on to their particularities and superstitions, they’ll never be able to free themselves and fully join the workers’ struggle. It’s time to get to the barricades and win the world. Famous Bolshevik Jews include Rosa Luxemburg, Leon Trotsky and Tony Cliff. You can find out more by approaching any Trotskyist at a pasting table and buying a copy of their newspaper.

Mostly Es: You are an Intersectionalist! You see oppression everywhere, from the big structures of capitalism to the micro-aggressions of the ways people interact with each other. You’re here to bring down racism, patriarchy and all forms of discrimination. That starts with you checking your own privileges, learning to understand others’ struggles and educating about what you’ve learnt. You have a few causes that are really important to you, and you want to share them with the world. You can find out more at www.tumblr.com

Mostly Fs: You are obsessed with Israel! You have a Palestinian flag in your room. You try to bring the occupation into every conversation. You refuse to buy any Israeli products. You wouldn’t go there unless it was with the International Solidarity Movement and you knew you were going to make a difference. Your mission is to bring a just peace to the Middle East, no matter what it takes. Famous left-wing Jews who are obsessed with Israel include Norman Finklestein, Mira Bar Hillel and Ilan Pappe. You can find out more at www.jfjfp.com

Mostly Gs: Baby, you’re an anarchist. You believe in non-hierarchical organising to bring down the state and capitalism. You don’t believe in authority. You learnt all the mitzvot just so you could break them one by one. You know all the words to “Daloy Politsey“. Nobody punches fascists in the face better than you. Other famous Jewish anarchists include Emma Goldman, Alexander Berkman and Anna Mendelssohn.

Mostly Hs: You are not a left-wing Jew, and that’s OK! For whatever reason, these ideas don’t really match up with yours. Don’t worry, you’re not alone. Like you, most of the synagogues and Jewish communal bodies think we’re off the wall. Famous Jews who aren’t left-wing include you, your mum and your dad. If you’d like to have your prejudices reinforced, go to www.thejc.com

What if I have a mix of all these?! You’re a hybrid, and that’s great. You can mix the neo-Chassid’s spirituality with the Intersectionalist’s self-awareness; the Progressive’s grounding in tradition with the Bundist’s love of parties. Find your own path and join us on it!

10 thoughts on “What type of lefty Jew are you?”