Who you calling “Jewface”, Jewface? 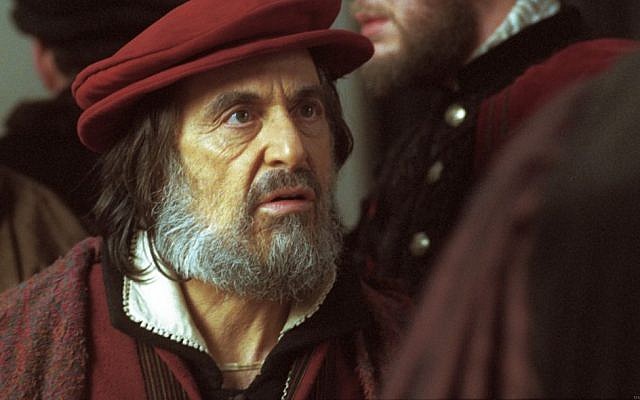 “Everyone is wrong, as usual,” has said Rabbi Geoffrey Cohen.

Geoffrey Cohen briefly sobered up after a 3 day bender of huffing Pritt stick to confirm that everyone was, in fact, wrong. As usual.

The enigmatic and reclusive leader of the Jewdas sect has come out of hiding to comment on the latest antisemitism scandal.

Her followers have usually remained ambiguous about her existence, likely to avoid looking like a cult. But Geoffrey’s followers have insisted this is an authentic teaching from their rebbe, saying: “We like to keep a bit of mystery around her to avoid people looking too closely into us, much in the same way as Israel has treated its nuclear weapons and origins of hummus.”

Geoffrey’s scribe, Baruch, explained: “The antisemitism in theatre scandal clearly required a response. Geoffrey could have explained why having all non-Jews produce a Jewish play was troubling, while obviously there was no such thing as “Jewface”, well not since she disowned Woody Allen anyway. She could have gone into detail about why Miriam Margolyes’s letter might have been in poor taste, but that the Jewish Chronicle’s criticisms of Miriam for being pro-Palestinian were off-topic and showed a myopic understanding of Jew-hatred… and how she found Sheridan Smiths portrayal of Sweaty Fanny Brice as enigmatic, delightful and hilarious leaving the audience wanting less and also who is Maureen Lipman?”

“But the best our beloved leader could do was just clarify that everyone is wrong, as usual. And more importantly this is theatre…who really gives a shit about it anyway?”

We assume that, like the rest of the Torah, this statement will stand as true and valid for all time.

1 thought on “Who you calling “Jewface”, Jewface?”